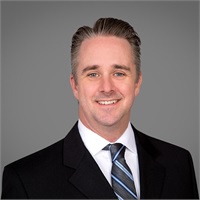 Andy Kennedy joined Tellone Financial Services in December 2015. Prior to joining the firm, Andy spent four years as both an auditor and tax specialist with Deloitte as well as another three years with the Walt Disney Company on their corporate tax provision team. His practice specialties include high net-worth individuals, closely held businesses, corporations, and real estate. He was licensed as a CPA in October 2004. Andy received his Master of Accounting in 2001 and his Master of Business Taxation in 2008, both from the University of Southern California.