Although the US election date of November 8th may feel like a critical date in the recent stock market surge, the fact is that this incredible bull market that began in 2009 has been running strong for over eight years.  What the election brought was a new narrative focused on government policies, in the form of tax cuts, possible repatriation of overseas profits, infrastructure spending, and deregulation, all of which would boost economic activity, earnings growth, and therefore stock prices.  The jump in expectations promptly showed up in several sentiment indicators and the market has propelled to new highs in the first quarter of 2017.

It appears that not much seems to faze the stock market these days.  Political drama, presidential tweets, a stall in health care replacement, North Korea missile launches, Middle East turmoil, oil falling below $50 per barrel, European political uncertainty, higher bond yields, the Federal Reserve’s decision to raise its benchmark interest rate… None of these potential sources of uncertainty has been enough to turn the direction of the market.  However, in the short-term, as the post-election euphoria begins to fade, we believe more volatility is likely to surface.  Since these pro-business factors, which could have an impact on future GDP growth, all remain currently unresolved, any delays or modifications during the implementation process could produce short term market sell offs.  Should volatility spike in the near-term, it will present opportunities to hedge exposure at the top and accumulate new positions at more attractive pricing.

Longer term, our outlook for the market remains favorable.  A more stable financial outlook for global markets is one reason for such optimism.  Compared to 2016, economic conditions among most of the world’s largest economies have improved, setting the stage for a favorable 2017 outlook.  The benefits of reflation – rising wages, growth and inflation – are spreading around the world and around 75% of the world’s largest countries leading economic indicators are rising on a six-month basis, up from 40% one year ago.  Furthermore, the Conference Board’s Index of Leading Economic Indicators recently hit a 10-year high in February.  Historically, since 1975, once that milestone has been achieved, it has taken an average of six years before a recession starts.  This is significant because over the past 30 years or so, we haven’t seen large corrections in global equities without a corresponding global recession.  The latest data suggests we’re far from that.

For those concerned about high valuations present in the overall stock market, we are aware that current levels are elevated but believe certain underlying factors make a case that the market is still fairly valued.  Low interest rates and several potentially game changing political boosts provide catalysts to justify stock price increases moving forward.  High ranking economists, such as former Fed chairman Alan Greenspan, have argued that the stock price surge of late has been largely fueled by the potential reduction of overextended regulation that restricts economic growth.  The greatest example of massive regulation under review is Dodd-Frank, the 2010 law crafted in response to the financial crisis that introduced higher “rainy day” capital requirements.  With the Treasury and other financial regulators currently in thorough evaluation of banking and consumer financial rules, any removal of unduly repressive directives may promote immediate economic benefits to the bottom line for corporations and their customers.  Although there is still lack of clarity on what future tax policy will be, investors should view lower corporate taxes and a potential for companies to bring back overseas assets without a huge tax impact as a reason to bid market prices higher.  Accretive tax savings would allow corporations to pay shareholder dividends, buyback stock, and fund merger and acquisition activity.  Additionally, it could stimulate domestic investment and production, and lead to faster productivity growth.   Similarly, we believe that a fiscal stimulus package based on infrastructure will eventually pass, but it will take some time and may be moderated in scope.  Of course, active management of your investment portfolio is hugely beneficial in navigating the timing and likelihood of such material events, and assessing the investment implications toward publicly traded companies.

The maturing economic cycle is another reason for active equity management to be a part of your investment strategy.  As tailwinds from monetary policy fade, equity markets should begin focusing more on company fundamentals such as earnings quality and specific valuation metrics.  We believe this will increase dispersion between individual securities, which should benefit stock selection and active management.  Even as broad market indices have grown, a recent pullback under the surface occurred among individual securities, potentially setting the stage for the next move higher in select stocks.  Thus, it is very important to leverage these opportunities through a selective active investment strategy.

Moving forward, we are bullish but would not be surprised by an increase in volatility or minor pullback in the markets.  Our view is that a pattern of two-steps-forward, half-a-step-back is healthier than if the market had maintained its melt-up status.  Therefore, while the markets may be susceptible to short-term swings based on policy implementation or lack thereof, we would view any short-term market corrections as a favorable development, especially if it results in a reduction of investor complacency.  A prudently constructed stock portfolio built for growth, while maintaining confidence that the US economy will continue to innovate, thrive, and lead over the long-term, is a winning formula.  Said well by Warren Buffet, “American business – and consequently a basket of stocks – is virtually certain to be worth far more in the years ahead.”  Actively picking those stocks that will give you the return on investment to live your ideal life will continue to be our calling. 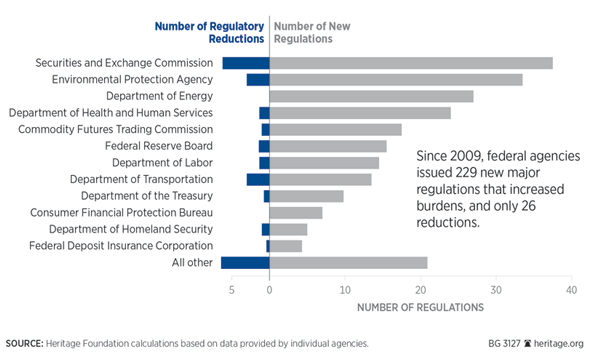