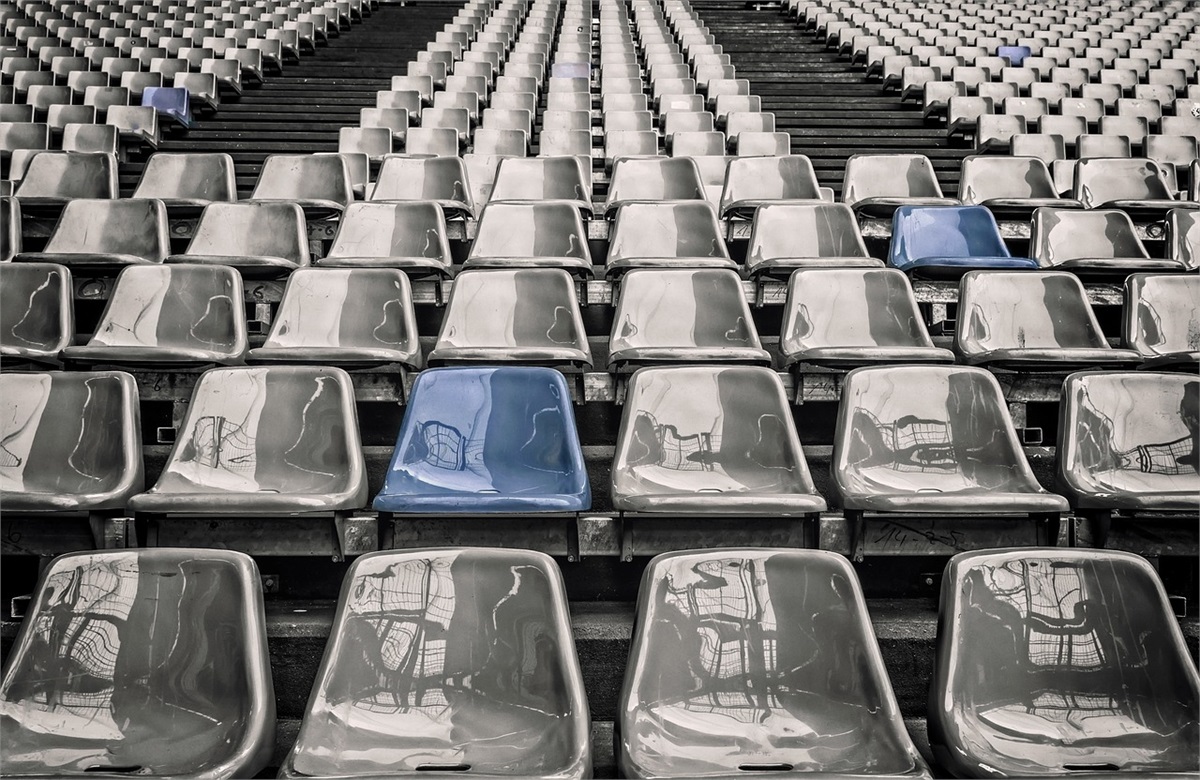 Managing Through the Pandemic

During this truly unprecedented time, the global coronavirus pandemic is affecting all aspects of our way of life.  Our thoughts and prayers are with everyone to remain safe and healthy.

Financially, the first quarter of 2020 bought us a period in which prior economic assumptions were forced to be dramatically changed.  Global growth expectations, unemployment numbers, and profit forecasts were all adversely impacted, and continue to be moving targets.

We witnessed the stock market at all-time highs in mid-February, with the Dow hitting 29,551, the S&P 500 topping at 3,386, and the Nasdaq reaching 9,817.  Then it became clear that a pandemic was in our midst.  With the best first steps in fighting this coronavirus being physical distancing in an effort to flatten the curve, many businesses have been forced to close or adapt.  This self-induced recession, stemming from the near shutdown of supply and demand to reduce the spread of COVID-19, means that many parts of the economy have suddenly come to a halt.  In the meantime, the stock markets reacted with volatility levels never before experienced.  For perspective, the 22 trading days of March brought an average absolute daily change of 5.3%, with October 2008 in second place at 3.8%.  In this environment, stock market index moves of greater than 1%+ have become the norm.

With an aim of getting through this crisis, governments around the world have unleashed massive fiscal and monetary programs to aid individuals, families, healthcare workers, small business, major corporations, and more.  These initiatives have prompted market recoveries, including within the S&P 500, which is up 25% since its March 23 low (as of this blog post on April 27).  In the United States, we have witnessed a Federal Reserve enact multiple “bazooka-like” policies to swiftly lower the federal funds rate from 1.75%  to a range of 0.0 – 0.25%, ease bank regulations to encourage more lending, open up lending of US dollars to foreign central banks, and set up facilities to increase the flow of credit to households and businesses.  Simultaneously Congress passed the $2.2 trillion CARES Act on March 27 and has since passed almost $500 billion more of follow-up aid.

While this type of economic crisis is unprecedented, the fiscal and monetary responses to support the economy are also unprecedented – even when considering what the Federal Reserve and Congress did in 2008-2009.  In fact, the Global Financial Crisis provided a government response playbook, permitting relief action to take place in weeks, versus months and years.  In this current round of government action, there was minimal debate about whether or not the Federal Reserve should offer lifelines to corporations or whether Congress should act to cushion households with cash payments and increased unemployment benefits.  It all just happened, fast and with significant scale.  Of course, it is understood that the more we add to public debt and to the Fed’s balance sheet, the greater the risk that further down the line those imbalances will cause us another set of serious headaches.  However, those issues are to be reckoned with once this crisis has been subdued.

These government stimulus programs are intended to bridge individual and company financials for several months, to prevent a worst-case scenario from occurring and help us all get to the other side of this monumental event.  Nevertheless, with economic output greatly hindered, we have witnessed staggering levels of unemployment claims.  Over the four weeks ended April 11, US jobless claims have gone from near nothing to roughly 22 million workers.  Before the pandemic, the largest number of Americans to seek aid in a four-week stretch was 2.7 million in the fall of 1982.  The severe damage already evident in the U.S. labor market is a clear signal of the recessionary plunge in economic activity. It is now forecasted that real U.S. GDP will contract over −5% over the full year of 2020, with the first quarter contracting roughly 10% annualized and the second quarter producing the deepest contraction – an estimated quarterly drop of nearly -20% to -30% annualized.

One of the biggest questions on people’s minds is “How long will this last?”  Unfortunately, the exact duration of this new reality is unknowable at this time.  Epidemiologists, economists, and politicians are grappling with how and when to reopen the economy, all likely with different answers to the same questions.  Certainly, though, we do know that this will pass, especially as medical testing, treatment, and cures become more widely available.

Some investors may be wondering how the stock market has rebounded from the lows of March with all of this uncertainty still remaining.  The key is that the market is forward looking.  This explains how the Dow experienced its biggest one-day jump since 1933 on March 24, with gains of over 11%, while also learning about a previously unimaginable spike in unemployment claims.  In other words, stocks don’t wait for good news.  The bad news was already previously priced in and discounted.  An analogy can come from after the 2008 Great Recession, where positive economic data didn’t appear until Fall of 2009. By then, however, the new bull market was already at least six months old and the S&P 500 up over 50% from the lows! If an investor thinks this recession could be over by September 2020, there’s a good argument that now is the time to maintain stock exposure — even though we know volatility is likely to persist.

Investment professionals are now discussing the shape of the pending recovery scenarios, whether it resembles the shape of a V, U, W, L, square root, or swoosh.  Most post-WWII recessions have been V- or U-shaped.

In the V-shaped recovery scenario, the macroeconomic consequences of COVID-19 are broadly contained and output relative to potential follows something close to a ‘V’ shape. In the quarter when infection takes hold economic activity falls sharply as movement is restricted in an attempt to slow the spread of the disease. Within a few months, the number of infections reaches a peak, people return to work, and inventories are replenished. Activity recovers so that, within four quarters, GDP is broadly back to where it would have been had the disease never emerged.  In this scenario, global inflation remains subdued and interest rates remain low. Markets start to move upwards well before the economic data starts to improve, while risk assets bounce back in Q2 as investors learn that the long-term macro consequences of the disease will be limited.

Should the V-shaped recovery prove to be too optimistic, the U-shaped scenario represents a world economy that eventually gets back to previous levels of output, but much more slowly and with greater disruptions along the way.

There is no magic indicator that will tell us that a new bull market is underway, although it will probably require compelling evidence of a peak in COVID-19 contagion, increasing confidence that economic activity will start resuming, and an upturn in year-ahead earnings expectations.  Medical breakthroughs that lead to a rapid reopening of the economy or a sustained decline in cases would suggest the recovery will be faster than expected.  On the other end, a second wave of the coronavirus would mean the recession would be longer and more severe than expected, or a re-widening of credit spreads would indicate that the Fed lost its battle to backstop the economy and markets.

While earnings season is typically a great time to assess the corporate landscape, the current round does not fully represent COVID-19 shutdowns that were largely implemented in mid-March.  Furthermore, many companies have limited or suspended future guidance.  We will be monitoring information on an ongoing basis, less focused on if it is “good or bad,” but rather, if it is “better or worse than anticipated.”

With all of this said, we are pleased with the performance of our managed portfolios.  On the back of significant gains in 2019, we have largely protected accounts from much of the market turmoil.  While accounts are not at all-time highs, they are balanced in a way that subdues volatility.  Prior to the correction, our portfolios had been tilted toward corporate leaders in technology, consumer discretionary, health care, and communications.  These sectors have performed well.  Of the firm’s top 10 stock holdings by total weight, 9 have outperformed the S&P 500 year-to-date and 4 are positive for the year.  Not many investment managers can say this.  The largest ETF held under management, SPDR Gold Shares (symbol: GLD), is up double digits.  At the same time, exposure to the worst performing sector, energy, has been somewhere between zero and quite minimal.  In such a highly volatile setting, incoming cash flow generated from call and put options has increased to cushion the downside.  These key selections, among others, have aided in either growing or maintaining portfolio values in 2020.

The Coronavirus statistics have been improving which has helped the financial markets stage a significant rebound.  Additionally, the Federal Reserve and government at-large have provided a volatility buffer and market backstop.  Therefore, just like 1987, the early 2000s, and 2008, we believe we will get through this difficult time and create more wealth to help you live your ideal life.  As we get to the other side of this pandemic’s impact on the economy, we expect a much-improved stock market.

As we go forward, we’ll keep you updated, and know that we are always here for you. 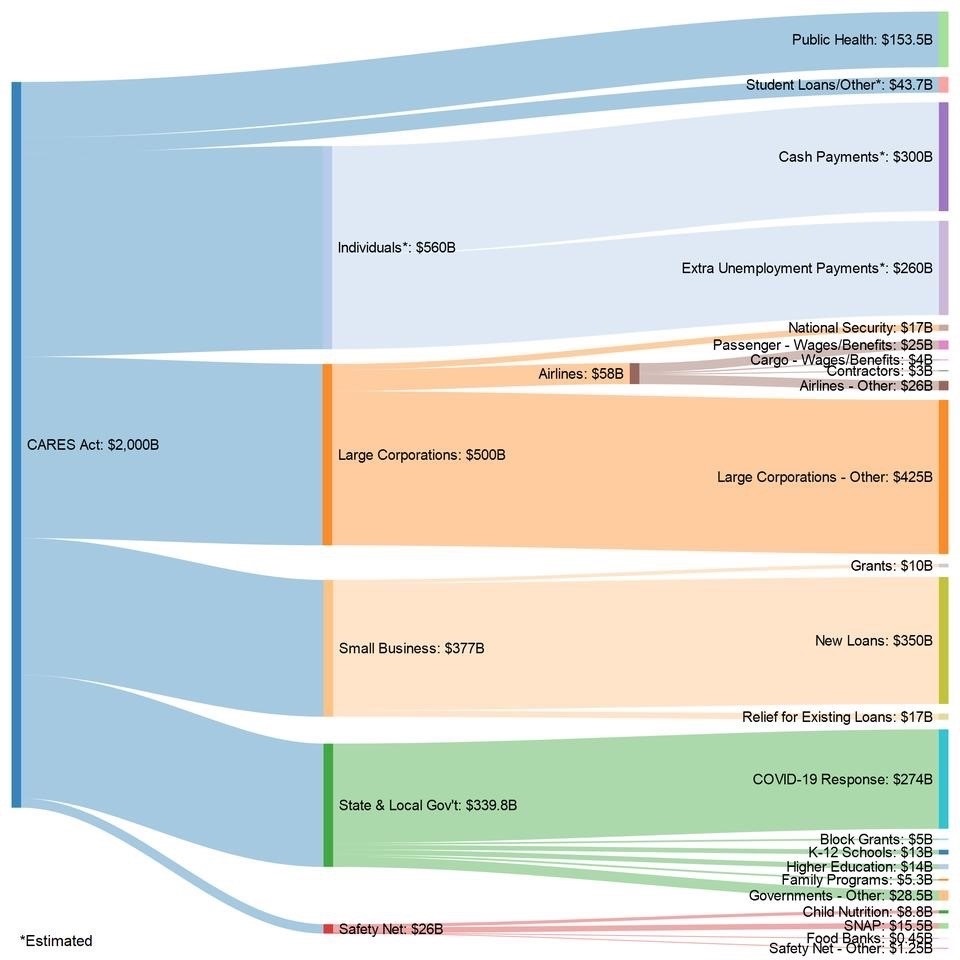