Tellone Management Group was ranked number 54 in the nation of the Top 100 Fee-Only Wealth Management Firms by CNBC!  Check out the Media Release to learn more.

The US equity markets started the year by digesting the tremendous growth from 2013.  While overall returns from markets have been muted thus far, we believe headwinds will dissipate in the second half of the year, helping to push all indexes higher by the fourth quarter.  Off the back of strong returns for the prior year, there has been a shift toward more value-oriented investments rather than the growth and momentum driven stocks that had fared best.  Nevertheless, advancements in the economy and better earnings by most companies will drive stock price appreciation in the latter part of the year.

The markets started off shaky in January with several worries, including stock profit-taking pressures, Federal Reserve tapering impacts, and emerging market liquidity concerns.  February saw stocks reverse course and return to highs as investors regained optimism of an accommodative stance from the Fed despite tapering measures and shook off weather-related hits to economic growth in the winter.  Recognizing an opportunity to purchase quality stocks at 4-5% discounts in January was beneficial to our performance for the first quarter.

Sideways trading has typified most US stock indices over the past two months, although the “riskier” momentum stocks have lagged the larger and more stable company stocks.  This divergence in different segments of the market has led to the high-flying indices of 2013, such as Russell 2000 Small Caps and the Nasdaq Composite, to post first quarter returns of 1.12% and 0.83%, respectively.  The Dow Jones and S&P 500 grew 2.02% and 1.81% over that same time period.  Our active management has provided value to our clients as we have taken advantage of the sector rotation within the markets.

Some clients have asked whether they should be concerned about recent geopolitical events.  Outside of Russia, global stocks have seemingly ignored the Ukraine crisis.  This is because equity markets performance has a lot to do with the general economic conditions and earnings prospects.  In this scenario, Ukraine and Russia do not impact many US based companies.  Most impacted would be financials and energy, but even here, the exposure and bottom-line influence is low.  The conflict is unlikely to escalate into a full scale confrontation between Russia and the West.  Thus, the impact on global financial markets is likely to be temporary and limited.  Any panic selling would provide a great buying opportunity.

Interesting to note is that a mid-term off-presidential election year decline of 8% or more has occurred in 13 of the past 13 mid-term election years.  Furthermore, complacency has been in effect as it has been 23 months since the S&P 500 has seen a 10% drop.  Historical probability points toward a short-term correction.  Ultimately though, we do feel that the economy is continuing to get stronger, which limits the downside of any correction that may occur.  As mentioned before, any temporary pullback due to consumer sentiment, political concerns, or conflicts in the Ukraine area would present a window of opportunity for new money to be invested at attractive price levels.

For the United States, recent economic data, strong corporate earnings, and accelerating merger and acquisition activity support improving macro-economic conditions.  At this point, 75% of the S&P 500 companies that have reported earnings this season have beaten expectations, with 54% citing better-than-expected sales figures.  Additionally, the unemployment rate fell to 6.3%, the lowest since September 2008.  Ultimately, we believe that the US economy is likely to gather momentum and that GDP should accelerate higher through the end of the year.  Factors highlighting our view include: Significantly less fiscal drag from the federal government weighing on the economy; state and local spending on the rise; low inflation; rising domestic corporate profits which increase the odds of improving employment and capital expenditures; removal of the headwind from consumer deleveraging; a Eurozone recovery with a stronger foundation; rising house prices, which boosts consumer confidence and net worth; broadening positive impacts from renaissances in manufacturing and energy; and the effects of severe weather behind us.  While equities are still digesting last year’s strong gains and a restorative correction remains possible in the short-term, an imminent upturn in corporate earnings and improving economics leads us to anticipate higher stock prices by year end.

This year has been full of joyous events for the Tellone Financial family, filled with many new additions and significant milestones:

We look forward to sharing more memorable events from our family to yours.  Feel free to contact us and keep us updated with your most special moments.  We are here to make sure that you are living your ideal life.  We wish all our friends and clients a wonderful spring and summer. 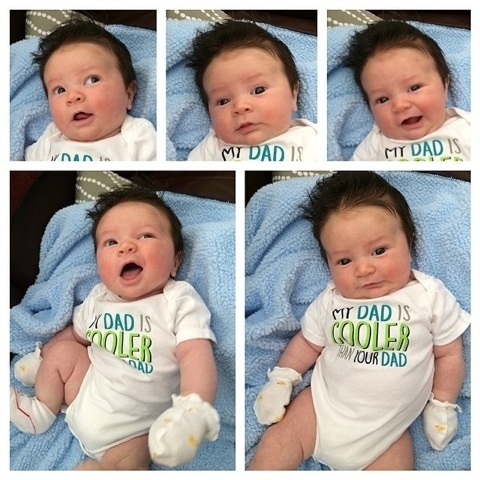